Verily, all praise is due to Allah. It is due to Him, and to Him alone. We praise Him and we seek His help and forgiveness. We seek refuge in Allah from the evil of our own selves and from the evil of our actions. And whomsoever Allah guides, there is none to misguide him, and whomsoever Allah leads astray none can guide him aright. I testify that there is no god worthy of worship except Allah, alone with no partner, and I testify that Muhammad (SAWS) is His slave and messenger. 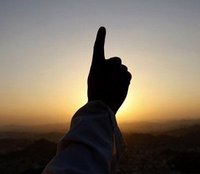 Tawhid is the belief in the Oneness of Allah. No partners are associated with Him.

“Say, He is Allah, the One. Allah is Eternal and Absolute. The Self-Sufficient Master (Whom all creatures need, He neither eats nor drinks). He begets not, nor was He begotten; And there is none co-equal or comparable unto Him.” (Qur’an, 112)

Angels are a creation of Allah (SWT), which have no free will. They perform special duties and always obey Allah (SWT). They are always in praise and glorification of Allah. Angels also aid us in our use of our free will. All of us are attended by two angels who record our deeds, both good and bad, right up until our death.

“But verily, over you are appointed protectors (angels), kind and honorable, writing down your deeds. They know all that you do.” (82: 10-12)

“ He sends down His angels with the Ruh (Revelation) of His command to such of His servants as He pleases, (saying) “Warn (man) that none has the right to be worshipped but I, so do your duty to Me.” (16:2).

One of the most honord angel, Jibreel (Gabriel), brought the revelation of the Qur’an to Prophet Muhammad (SAW).

The revealed scriptures. Muslims believe in all of the original scriptures
The Tawrah of Musa (AS) (Moses), 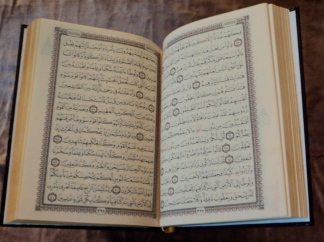 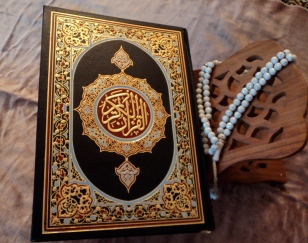 The Qur’an is the only divine book that remains unchanged, and will remain unchanged, in its original form. The message of the Qur’an is for all of mankind, and for all times. The Qur’an remains the only scripture that was compiled during the lifetime of a prophet who had received it directly from the divine source.  The Qur’an, a Miracle from Allah (SWT), the Word of Allah, is the final book of Guidance.

“This is the Scripture in which there is no doubt. In it is guidance for the God-conscious, who believe in the Unseen, and are steadfast in prayer, and spend in charity out of what We have provided for them; and those who believe in what was revealed to thee (Muhammad) and in what was revealed before thee, and are certain of the Hereafter. These are on the true way of guidance from their Lord, and these are they who will be successful.” (2:2-5)

The Qur’an states that Allah (SWT) sent a warner and a guide to every people. The first Prophet was Adam (AS). Other messengers include Nuh (Noah), Ibrahim, Ishmael, Isaac, Yaqoob, Yusuf, Musa, Dawud, and Isa (May Allah be pleased with them all).

There are 25 Prophets named in the Qur’an.

Muhammad (SAW) is the final Messenger of Allah (SWT). He left behind the Qur’an and his Sunnah (teachings and ways) for all of mankind.

On this day, all of mankind will be accountable for their deeds. This day will come.

“Then how can you disbelieve in Allah? seeing that you were without life and He gave you life. Then He will cause you to die and will bring you to life again (on the day of Resurrection), and then unto Him you will return.” (2:28)

“O mankind! If you are in doubt concerning the Resurrection, then, verily, We created you from dust, then from a drop, then form a clot, then from a lump of flesh, both shaped and shapeless, that We may make it clear for you. And We cause what We will to remain in the wombs for an appointed time, and afterwards, We bring you forth as infants; then you attain your full strength. And among you there is he who dies (young) and among you there is he who is brought back to the most abject time of life so that, after knowledge, he knows nothing. And thou seest the earth barren, but when We send down water on it, it thrills and swells and puts for the every lovely kind of growth. That is because God is the Reality, and it is HE Who gives lift to the dead, and it is He Who has power over al things, and because the Hour of Judgment will come concerning which there is no doubt, and because God will raise those who are in the graves.” (22:5-7)

Everything is governed by Allah’s (SWT) will. Nothing takes place, not even a fallen leaf, without His permission.

“The Prophet believes in what has been revealed to him from his Lord, and so do the Believers. They all believe in God, His angels, His scriptures, and His messengers, making no distinction among His Prophets. And they say, “We hear and we obey. Grant us Thy forgiveness, or Lord, and unto You is the return (of all).” (2:285)

The abode of Jannah (Paradise)

“Those who believe and do righteous deeds, they are the best of creatures. Their reward is with their Lord: Gardens of Paradise beneath which rivers flow. They will dwell there in forever, God well pleased with them and they with Him. This is for those who hold their Lord in awe.” (98:7-8)

Or the abode of Jahannam (The Hellfire)

“And on the Day those who disbelieve will be placed before the Fire, (they will be asked), Is not this real? They will say, Yes, by Our Lord. “ He will say, “Then taste the punishment because you disbelieved.” (46:34).